The departure of the Pilgrim Fathers from Delfshaven to America in 1620 (first on the Speedwell, and from Southampton on board the larger seaworthy ship The Mayflower) was the historic starting signal for people who wanted to seek their fortune or just a better future on the other side of the ocean. Increasingly often, Dutch people dreaming of a better life left for America from Rotterdam. The history of the current Holland America Line, Hotel New York and ss Rotterdam is inextricably related to the story of the Pilgrim Fathers.

After the Pilgrim Fathers had gained a foothold on American soil from 1620 onwards, first at Cape Cod and later in Massachusetts, and had established their own community, more and more Dutch fortune seekers travelled to America via Rotterdam. In 1871, this resulted in the creation of the company Plate, Reuchlin & Co by Antoine Plate and Otto Reuchlin. Through this company, they provided a direct connection between the Netherlands and America via steamships. Two years later, in 1873, the company was renamed NV Nederlandsch-Amerikaanse Stoomvaart-Maatschappij (NASM). Approximately 1 million people would sail from Rotterdam to America up to the turn of the century. In 1875, the Nieuwe Waterweg (“New Waterway”) was opened, which started the development of Rotterdam into an important European and global port. New York became a scheduled destination for ships from Rotterdam. The route from Rotterdam to America by steamship was known popularly as the ‘Holland-America Line’, which led the NASM to add this to its name officially in 1896: NV Nederlandsch-Amerikaanse Stoomvaart-Maatschappij 'Holland-Amerika Lijn' (or HAL for short). It took until 1973 for the name to be finally shortened to Holland Amerika Line NV.

The present Hotel New York at the far end of the Wilhelminakade started out as the offices for the NASM directors and it was built between 1901-1917 by the architects Muller, Droogleever Fortuyn and Van der Tak. The building was erected on almost exactly the same spot where the NASM had previously established a hotel with the name ‘Hotel New:York’. The originally rather massive and stately executive building has over time been modified to include Art Nouveau characteristics as well as the two little towers, which give the building its unique features up until today.

These days, Hotel New York is a Rijksmonument (a listed building and national heritage site). It is a popular attraction, a remarkable hotel and a very much sought after restaurant (also with the new edition of the cocktail bar NY Basement) all rolled into one. On fair days, droves of local residents as well as tourists from the Netherlands and abroad arrive to enjoy the building and the waterside terraces with the breathtaking view. And one can frequently spot young couples getting married who are starting their new lives together here!

From fortune seekers to cruises

From the first crossing by the Pilgrim Fathers (1620) up to 1978, the transatlantic connection between Rotterdam and New York was the primary route for fortune seekers and emigrants. Over the years, and with the emergence of airlines, the route by steamship became less prominent and attractive to travellers between the European and American continents. The role of HAL vessels slowly changed from ocean liners to cruise ships. The very last passenger ship to sail from Rotterdam to New York was the Nieuw Amsterdam II in 1971. Shortly afterwards, the HAL sold off its cargo division too and the organization concentrated its efforts on cruises. The head office at the Wilheminapier was moved from Rotterdam to New York. The head office remain unoccupied for a long time until it was converted and renamed Hotel New York in 1993.

History and future combined in one unique location

Holland America Line, Hotel New York, ss Rotterdam Three names, three icons, all closely connected to the history of the city and port of Rotterdam. With their roots in Rotterdam soil, in a remarkable location where one can still breathe in the past and discern the future on the horizon. Gems of Rotterdam past and Rotterdam present.

History and future come together in Rotterdam

In Delfshaven, in 1620 the Pilgrim Fathers gave the starting signal for people who wanted to seek their fortune or just a better future somewhere else in the world.  You can today still experience almost the same feeling with all these beautiful gems and locations in the city. You can smell the salt of the sea, see a beautiful cruise ship in its berth, and hear the call of the alluring water. In your mind’s eye, you can make the crossing and discover new experiences and adventures. In short, the Pilgrim Fathers’ departure from Delfshaven in 1620 leaves its mark even now and in other special locations in Rotterdam.

An intimate hotel right in the city centre of Leiden. 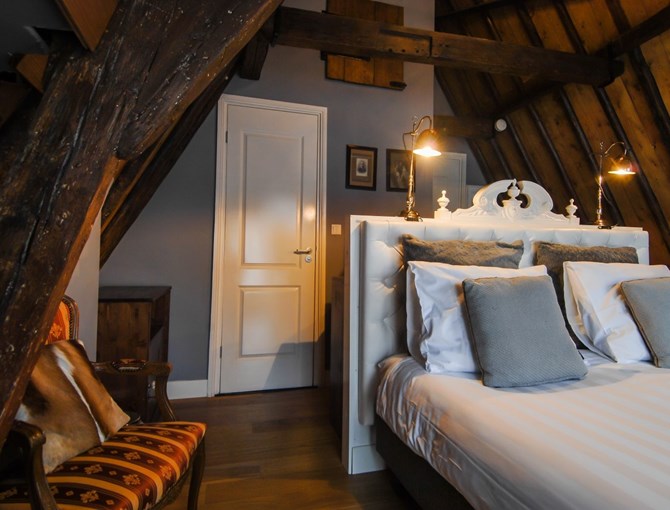 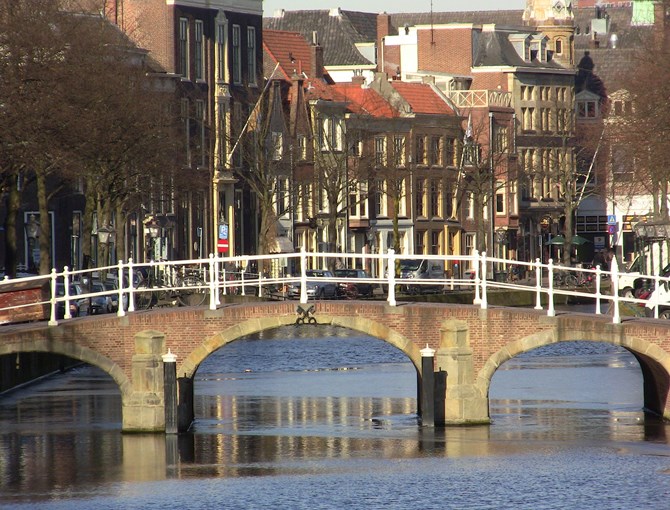 When the Pilgrims left Leiden in 1620 they passed under the Vlietbrug on their way to Delfshaven. 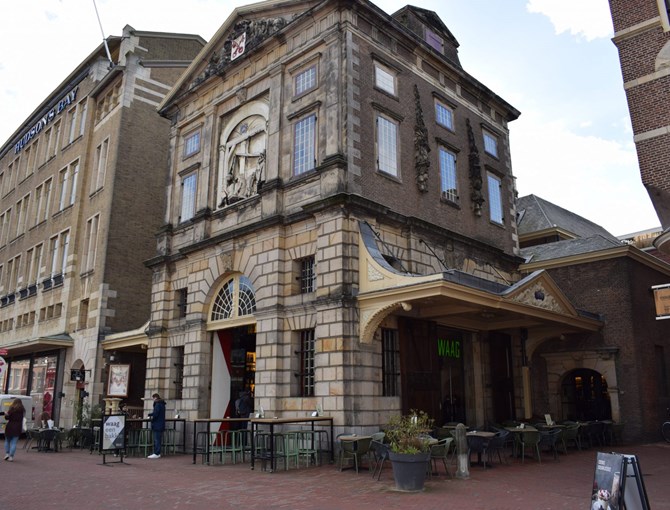 Not only were all wares coming to market brought here to be weighed, the landing in front of the Weigh House was the terminus of regular boat service to Leiden from Haarlem and Amsterdam. Here is where the Pilgrims first set foot on Leiden’s land.