John Robinson lived with his wife in Sturton-le-Steeple and became involved with leading preachers in the Nottinghamshire and Lincolnshire area, including John Smyth in Gainsborough, William Brewster in Scrooby, Richard Clifton from Babworth and Richard Bernard in Worksop. Robinson supported Clifton and his followers who had begun to meet together in Scrooby, becoming his assistant after moving from Norwich back to his birthplace. This group, the Scrooby Separatists, made an abortive attempt to emigrate to Holland in 1607 from Boston but were betrayed and Robinson was among those who were held. A second successful attempt was made from Killingholme near Immingham on the Humber in 1608.

In 1892, on the initiative of the Revd. Hugh S. Griffiths, leading Congregationalists in England and America agreed to raise a suitable church as a memorial to John Robinson. This was built on site of the Old Vicarage (which was the birthplace of actor Dame Sybil Thorndyke). The foundation stone was laid by the Honourable F.T.Bayard, American Ambassador to the Court of St. James, on 29th June 1896.

In 1901 a tablet was unveiled at the church which reads:

"This tablet, unveiled June 11th 1902 in the 300th year after the formation of the church in Gainsborough with which the name of John Robinson is associated, stands as a record of the co-operation of American with English Congregationalists in erecting a building to commemorate him, the thought of whom stirs equal reverence in English and American hearts."

The church is adjacent to Gainsborough Old Hall. St Michael's Church in the rural village of Glentworth in Lincolnshire is home to a remarkable Elizabethan memorial to the Wray family - influential supporters of the early Separatists. 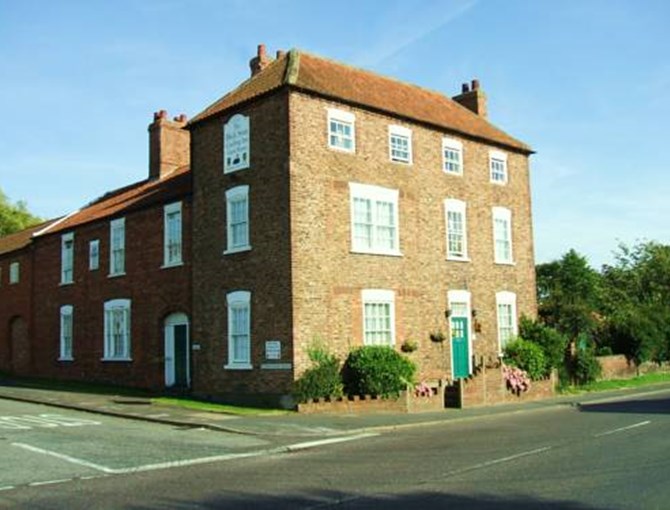